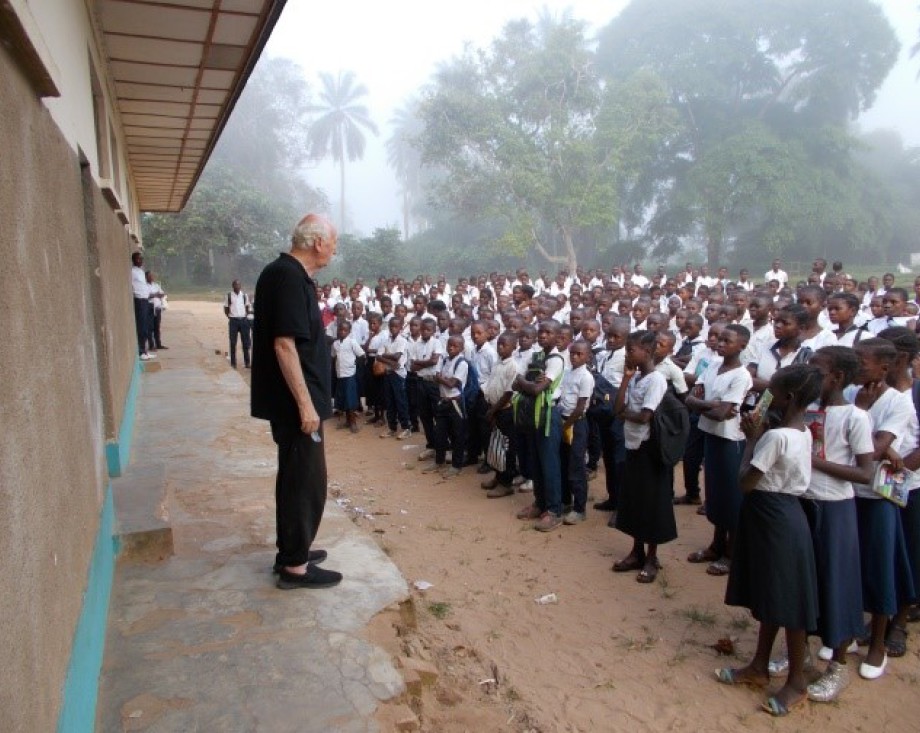 John Cadwallader was educated with his two brothers at St George’s College, Weybridge, and on leaving school worked briefly in an accountant’s office. On the 17th September 1956 he entered the Josephite noviciate, taking the religious name of Adrian.

While at our prep school, Barrow Hills, and completing his studies for the priesthood, he became aware of the needs of our missionaries in the Congo. A keen philatelist, in the middle 1960s he set up “Roverstamps” in order to purchase a Land Rover for use in Mweka. By trading stamps, and in particular by collecting used UK stamps to sell by weight, he achieved his goal and a Land Rover was purchased. This collection of used stamps to sell for the benefit of Africa continued through his life.

When his parents died their flat in Eton was sold and the income was shared between the three brothers. Adrian chose to give his share to SJAA - a very significant donation - which has enabled SJAA to finance the construction of a much-needed girls’ dormitory at our schools in Domiongo.

In a will made out shortly before he entered hospital for the surgery which was to begin his gradual decline he left 50% of his estate to SJAA.

Over some sixty years Adrian worked for the benefit of the people of the Congo and his contributions and support are greatly appreciated.