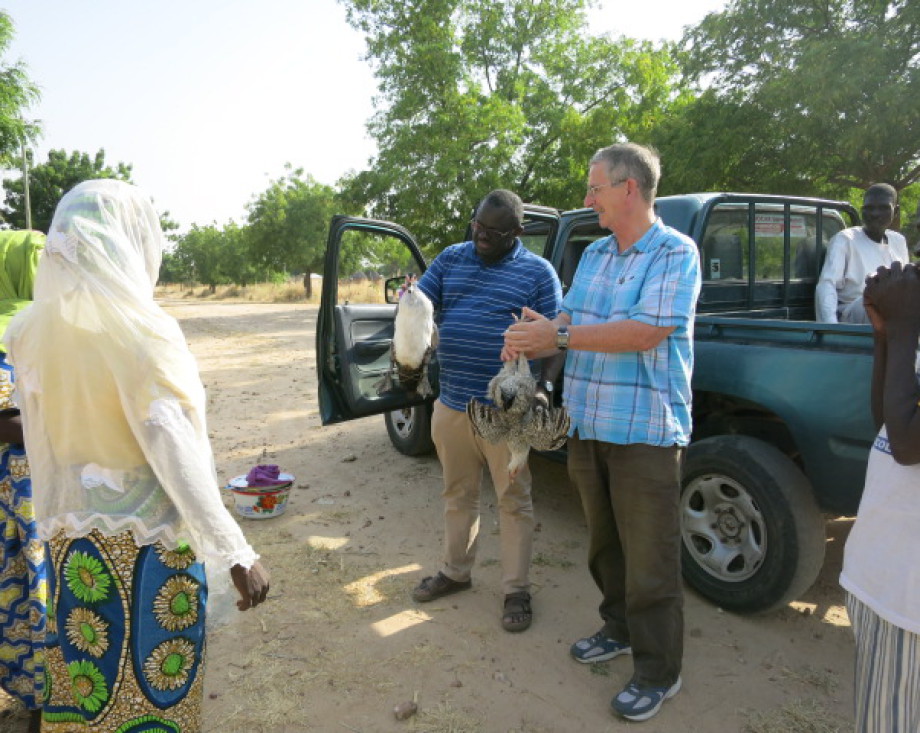 In November 2016 two of the Trustees, Fr Jacob Beya and Br Michael Powell, were able to visit the Extreme North region of Cameroon and to see for themselves what SJAA has achieved in this difficult region. The region is currently on "red alert" for Boko Haram terrorists, who infiltrate from NIgeria, only a short distance away to the West.

In particular they were able to visit the four deep wells that SJAA has provided, and which have made an enormous difference to the local population who now have a source of clean drinking water. The new classroom block we have provided at Mbaldak has given a huge boost to the Primary School and the classes are much less crowded than before. The Headmaster has an office and no longer has to run his school from under a tree!

At Douvangar they were able to see the Womens' Education Centre in operation, with young women from the local area learning to sew and make clothing.

Everywhere they were met with kindness and appreciation: the gift at Idum-Ai of a live chicken and a live duck, enormous gifts in the local economy, bear testament to the esteem in which our donors and our local cooperators are held.

On behalf of the people of this region whom YOU have helped, a very big "thank you".